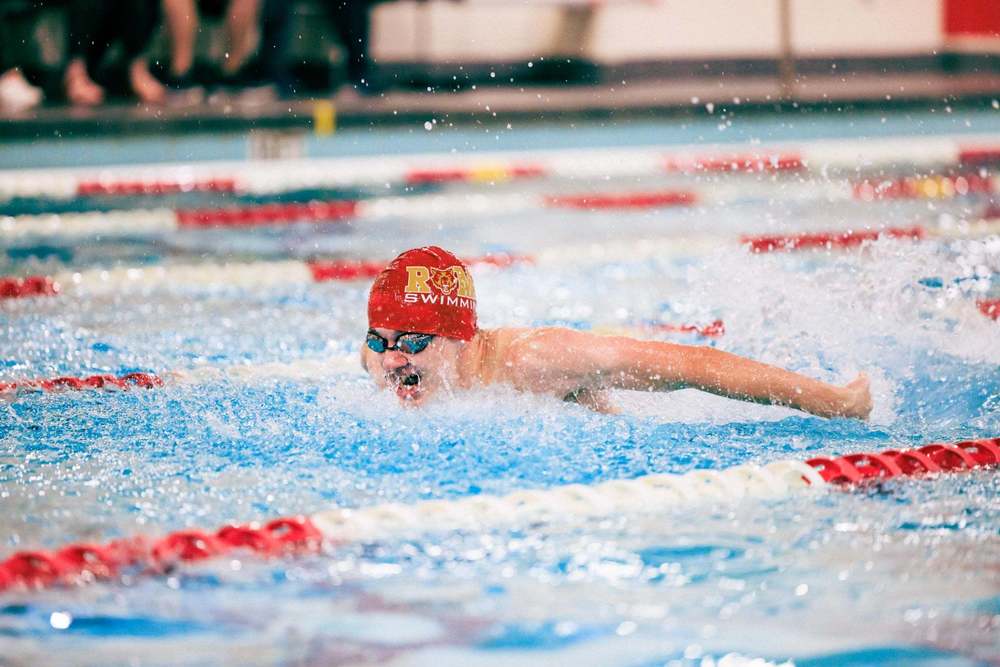 On Thursday, December 2, the Rome High School Swim Team hosted 7A Creekview High School in a head-to-head battle. Both our boys’ and girls’ teams narrowly fell to the Grizzly Bears during the meet.

The Wolves began with the diving portion of the meet that consisted of four rounds of dives.

Rome High’s Abigail Cooper secured the win in the girl’s diving competition, followed closely by Phillip Wooddell, who came in second in diving in the boy’s division.

The boys started out the night with a first-place finish in the 200 Yard Medley Relay. The team consisted of Rome High students Andre Durand, Joseph Sisk, Philip Johnson, and Luke Gulledge. This same group also won the 200 Yard Freestyle Relay as well.

Luke Gulledge followed the group success with a pair of wins in the 200IM and the 100 Freestyle.

Philip Johnson swam his season best time winning the 50-yard Freestyle and was victorious in the 100 Butterfly.

André Durand was second only to Gulledge in the 100 Freestyle. He also won the 100 Breaststroke.

Emily Davis came in first in the 100 Backstroke, followed closely by Izabella Jennings in second place.

Lily Cantrell also picked up a win in the 500 Freestyle, as well as a second-place finish in the 100 Butterfly.

Maci Andrews had her top performance during the 50 Yard Freestyle as she came in first place. She also placed second in the 100 Freestyle.

Last, but certainly not least, Rome High’s Carrie Twenty came in second place in the 200 Freestyle.

Our Wolves will be back in the pool on Thursday, December 9 as they prepare to take on the Dawson County Tigers!

The diving competition starts at 4:30 pm, followed by the swimming events at 5:30 pm.