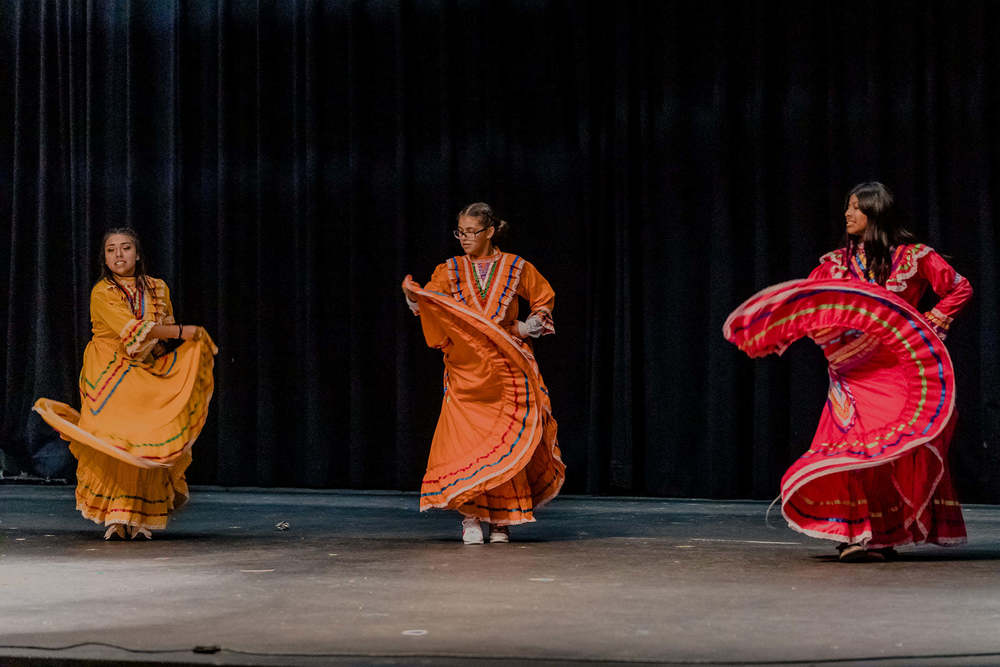 A move for phase two of the system’s COVID-19 plan has seen many events return to the calendar for Rome City Schools. Now in phase one, Rome High School welcomed visitors to the RHS Performing Arts Center for a special presentation that celebrated Hispanic culture and educated the audience about a rich and storied history.

RCS educator Marti Couey teaches seventh and eighth grade English Language Arts Connections at Rome Middle School. She, along with RHS English Language Arts teacher, Todd Ollis, organized the event and enlisted the help of students from all races in highlighting the beauty of Hispanic countries across the globe. Many of those countries are represented by the student population of Rome City Schools.

“This celebration started as a Hispanic heritage and culture festival. However, because we were in stage two of our COVID protocol, we could not have guests in our schools. So, we postponed the event,” Couey explained. “We have been working on this production since August.”

After a welcome from Couey, students presented the flags of Hispanic countries and asked the audience to cheer when they saw the flag that represented the county of their family’s origin. Then, students offered examples of traditional clothing, dances, holidays, poetry readings and songs. Young ladies even modeled gowns associated with a Quinceanera which is the 15th birthday for Hispanic females and symbolizes her transition to womanhood.

Park on the bus ramp was the Don Neo Food Truck for attendees who wanted to sample traditional Hispanic cuisine.

“All of the dances were choreographed by the students themselves. They picked the music, they practiced the steps and they had very little input from us, their teachers,” Couey said. “We had the middle school girls put together the Bachata, Cumbia and the Zapateado. The Quinceanera is based in the Catholic tradition of confirmation, which means that they have become a full member of the Catholic church. So, many of our children still include the Mass and confirmation as part of their ceremonies. The ceremony actually has two parts. The first part happens at the church. They must attend class for an entire year before their confirmation. Part one is usually followed by a festival that involves their family. It is a really big deal, and that is why they wear ball gowns.”

Couey said that for many of her students, a Quinceanera is a bigger event that getting married. So, the dresses worn are often more treasured than a wedding gown.

“I could not have done this without the help of Pam Williams, Luis Goya, Jason Rucker, and Mr. Ollis. I am so proud of all of the hard work that has gone into this event,” Couey said. “There was a lot of work that happened

after school, and our middle school kids would ask if they could get together and practice. So, I think they have enjoyed learning about their classmates and finding ways we are all more alike than different. When we explore the things that we may not understand about different cultures, we find commonality. This is what makes Rome City Schools such a wonderful place to help students grow. This celebration is just one example of what we hope to pour into our children every day.” 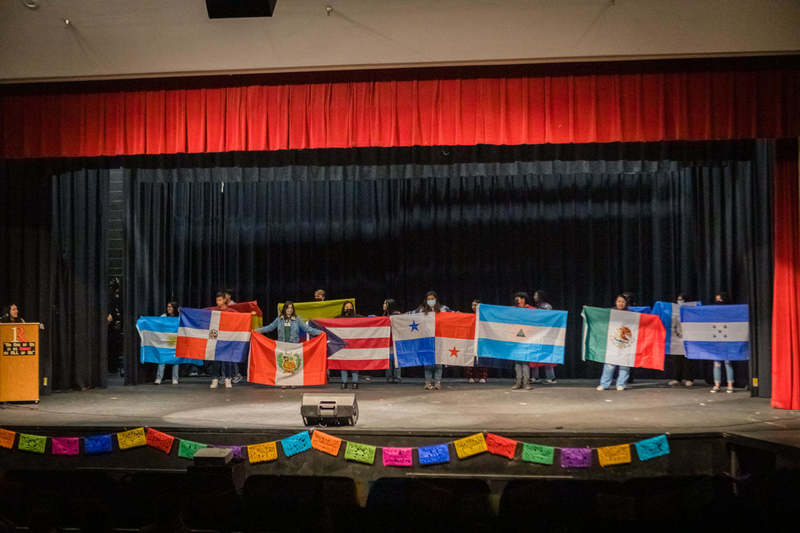