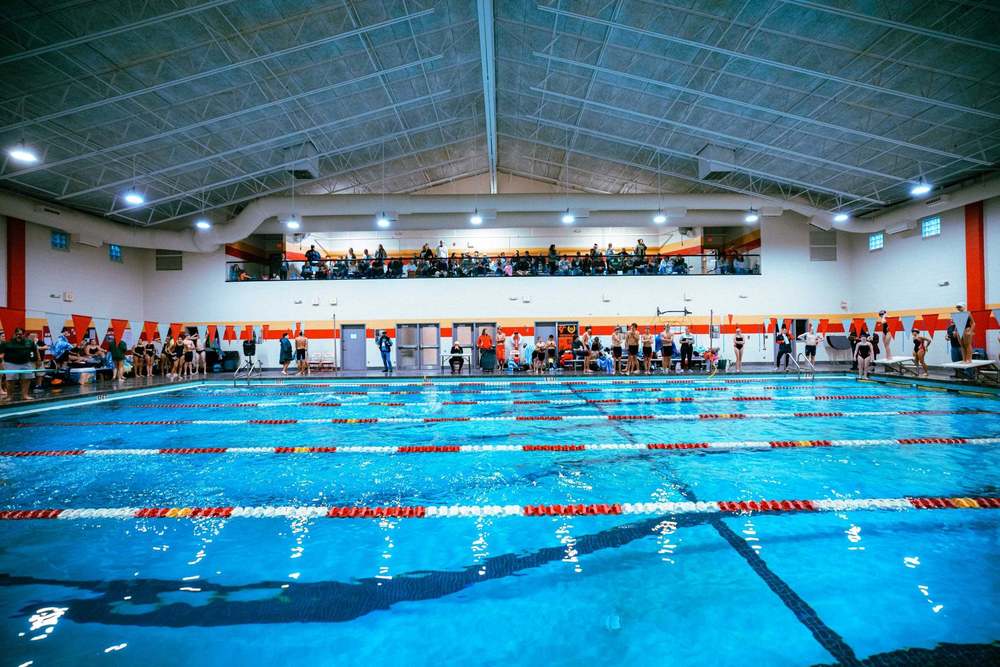 The divers began the meet as they competed in six rounds, two of which required backward dives. Fellow swimmers and peers cheered poolside. Abigail Cooper, a junior at RHS, said she made the transition from gymnastics to diving as a freshman and loves it.

“It feels so freeing in the air,” she explained. ”Then whenever you know that you did the dive right and you're coming back up to the surface, it’s just really fun having everyone support you.”

RHS swim coach of 20 years, Joey Powers, explained that the meet consisted of 24 events, including diving. Two swimmers per team, per event, competed for scores one through seven points; double for relays. Powers explained further that the teams swam four competitive strokes; butterfly, back, breast and freestyle.

Luke Gulledge, an RHS freshman and virtual student, expressed his love of swimming.

“I love the competitiveness,” he smiled. "I love that with swimming you work on all the small things; small techniques can make a bigger impact on your performance in the race.”

Eighth grader, Marlie Sabourin, also a virtual student, said that she too enjoys the opportunity to be competitive, but also appreciates the support among peers.

“I love how we’re all like one big family,” she smiled. “Everyone is always there for you.”

Powers emphasized that the swim meets are great opportunities to practice for State qualification.

“All of this is practice to improve times throughout the season and to have the camaraderie,” he said. “We always look at our record board and if we’re not beating ourselves, then we’re not going to be competitive at State.”

Powers explained that the State meet will be held the first week in February.

All competition aside, Powers said he believes in the positive impact of team dynamics and swimming as a sport.

“I coach the entire human,” he said, “and I try to have everyone really enjoy what they're doing, and enjoy the people around them because this is something that I want them to have positive memories of; whether they won State or were just cheering from the sidelines.” 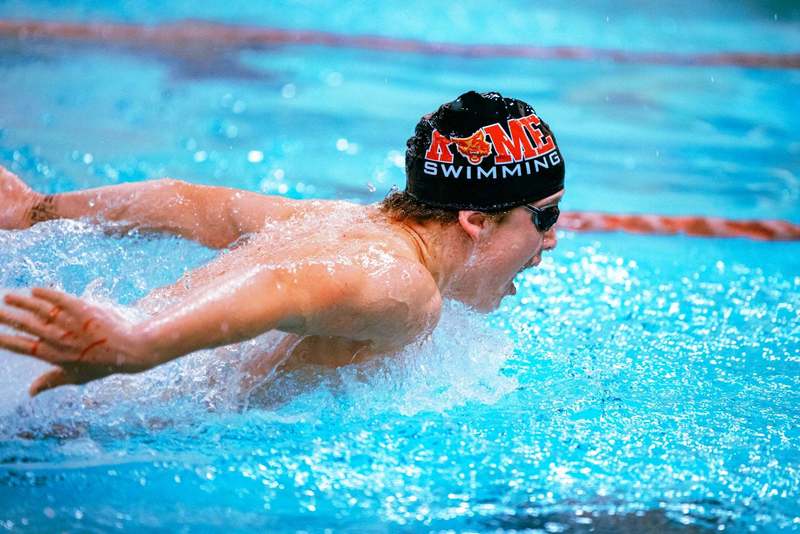 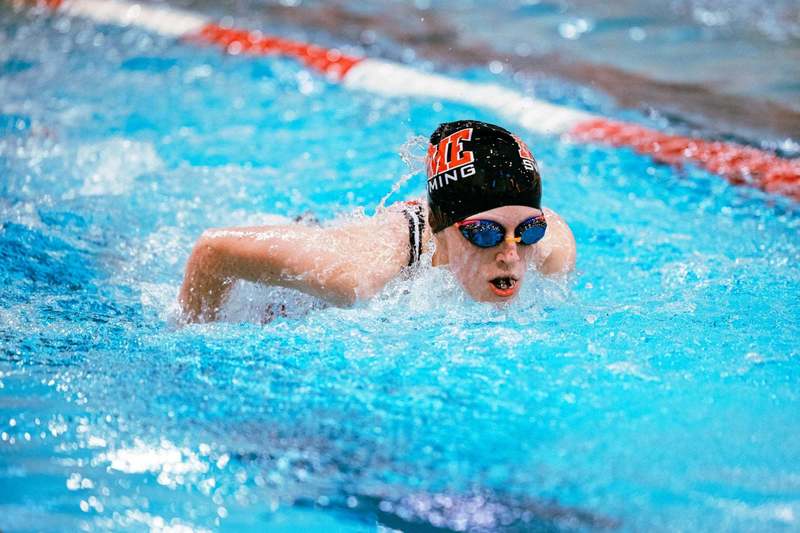