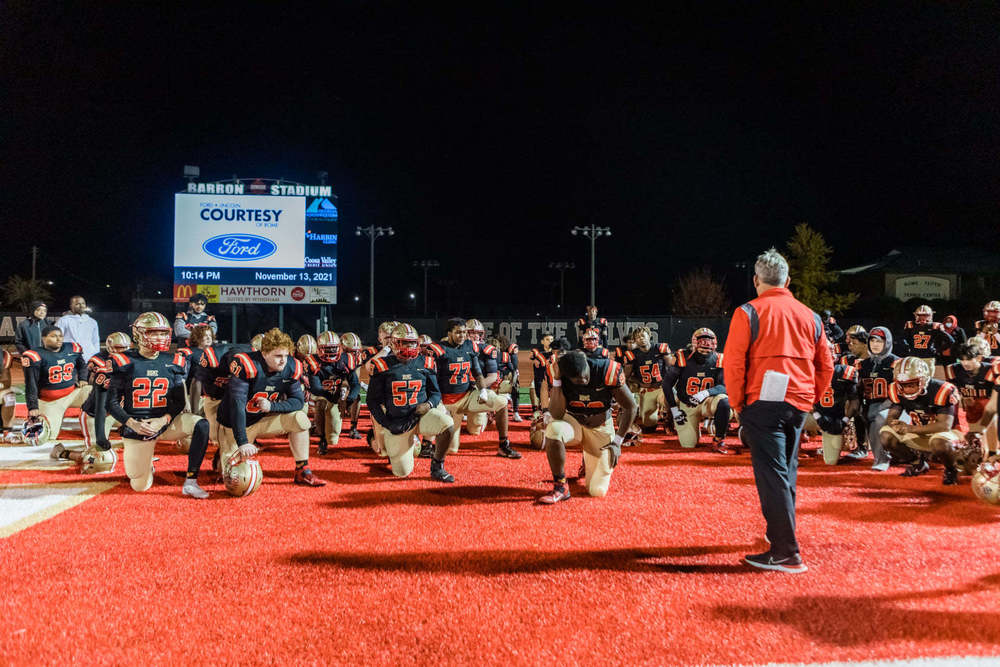 Five times Johns Creek scored to grab a lead over the Rome Wolves in the first round of the Class 6A state football playoff game at Historic Barron Stadium on Saturday night.

Each time, the Wolves battled back, managing to either tie or retake the lead, but time ran out on Rome’s last chance to retake the lead and the Gladiators snuck out of town with a surprising 31-27 win.

Johns Creek managed to grab momentum early in the game, taking the opening kickoff and marching down the field six plays before scoring on a long touchdown pass to take the 7-0 lead.

Rome answered on its second possession and had to overcome a couple of tough spots. Quarterback Reece Fountain connected with receiver Martel Hight on a crucial third and long completion, keeping the drive alive. He also recovered a fumble and advanced it on fourth and short before hitting receiver Dekaylon Daniel for a 28-yard touchdown pass to tie the game at 7.

“I just don’t think we got off to a good start, and I don’t think we ever managed to get into the attack mode,” Rome High Coach John Reid said. “I figured they would be a tough opponent, and I thought if we played well, we could win. But we didn't play like we had prepared in practice.”

The Wolves’ offense got back on track late in the second quarter after Johns Creek grabbed a 14-7 lead. Bryson Hill broke two, five-yard runs before Fountain found Hight underneath for a short gain. Hight caught the ball, spun past three John’s Creek defenders, and raced 47 yards for a touchdown tying the game at 14.

Rome’s defense managed to keep John’s Creek out of the end zone at the end of the first half, but after seemingly stopping the Gladiators and the clock running out, officials added two seconds back to the clock after time expired, allowing Johns Creek to hit a field goal and carry a 17-14 lead into halftime.

The Wolves’ answered to start the second half with Fountain hitting Martavious Collins for a big 34-yard reception before hooking up with Hight on a 21-yard touchdown pass, staking the Wolves to a 20-17 lead.

The Gladiators responded with another touchdown pass midway through the third quarter, retaking the lead 24-20.

Rome’s offense got going again late in the third and early fourth quarter as the Wolves launched on a 13-play drive which mixed a healthy dose of Hill’s runs along with a couple of key passes from Fountain, including a nine-yard reception by Daniel on a fourth-down play as well as an eight-yard catch from Daniel in the end zone, staking Rome to a 27-24 lead.

Johns Creek answered on the next play, turning a short pass into a long touchdown, and grabbing the lead for good at 31-27.

Rome refused to go quietly, though. Even when one drive stalled out, Rome’s defense rose up and kept Johns Creek from scoring, blocking a field goal attempt with a minute left in the game.

Rome managed to hit four pass plays, driving to the Johns Creek 36-yard line, but the clock ran out before the Wolves could retake the lead again.

Although the loss ends the season for Rome at 8-3, the Wolves did claim the Region 5-AAAAAA title.

“You can’t take the region title away from us,” Reid said. “We’re a young team. I don’t want to get stuck on that all the time. But for this team to come out and win this region was a big deal.”

Although Reid said he was proud about the region title his face and the disappointed looks on the players around him after the game told a different story about a team that fought as hard as they could, but just couldn’t quite catch the big break it needed to win on Saturday.

“This is disappointing; we don’t lose home playoff games at Barron,” Reid said. “I’m not happy with it, and I’ll do a better job.”

And although he noted the team has a lot of players returning, he also said there is a lot of work to do going forward.

Wolf Nation is proud of what our team has accomplished this year and we will hunt again. Congratulations on a great season, Wolves!!! 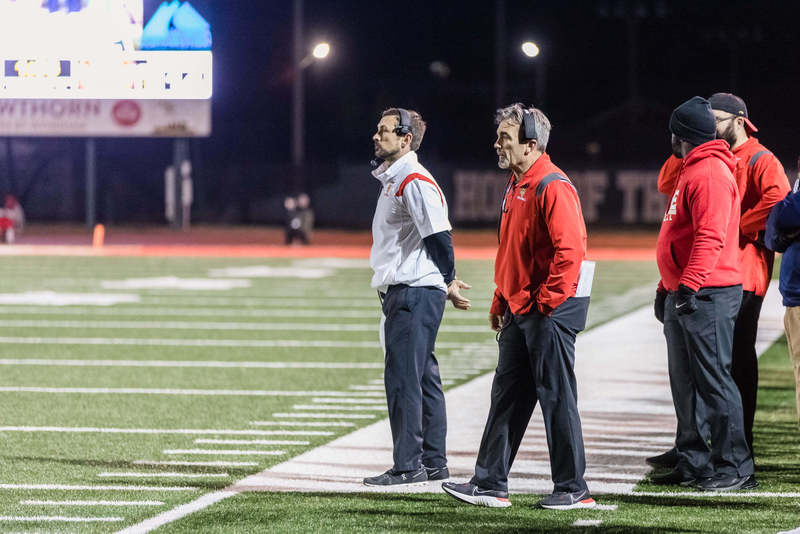