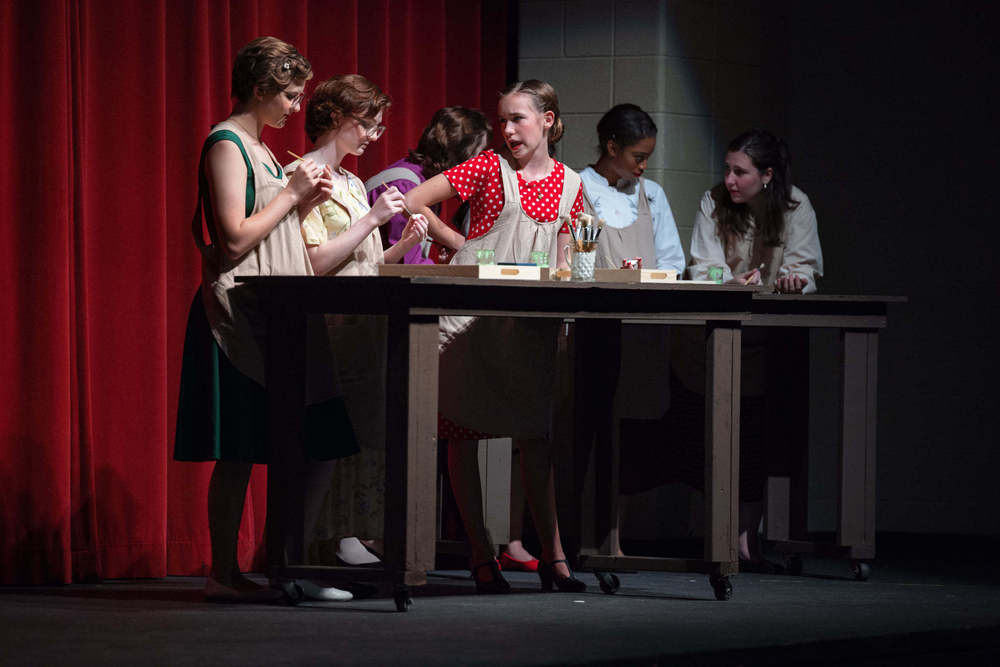 The Rome High School Theatre Department presented their One Act Competition play on Thursday night, October 28, on the stage of the RHS performing arts center.

The play, “These Shining Lives,” by Playwright Melanie Marnich, is based on the true story of four women, in the 1920s and 30s, who worked for the Radium Dial Company; a watch factory in Illinois where the women painted the hour markings on watch dials with a radium compound. The play follows the women from their blissful state of newfound independence and financial security into a somber state of deteriorating health and confusion. The women suffered suspicious ailments at the hand of radium poisoning all while being ignored and even belittled at the hands of their employer as well as the doctors with whom they inquired.

The program for the production put forth the quote by Muriel Rukeyser: “If one woman were to tell the truth about her life, the world would split open.”

And tell the truth those women did, taking legal action against the company and winning seven times over. Their diagnoses, however, were already deemed fatal.

New drama department Director, Alexis Loren Tyson, said that it was the students who felt moved to perform a piece such as this.

“When I took the job here,” she explained, “the students told me they wanted to tell stories that matter. The story that this production tells is so important. These women really existed and their stories deserved to be told.”

Tyson said that performing this particular piece surfaced emotions and fueled growth in the students.

“They were shocked that they had never heard about it before,” Tyson explained. “Many of them went home and had some very real conversations with their parents about the value of life. They all grew with these characters and learned a lot of valuable lessons from them.”

Not only did the production demand emotion from the students, but Tyson also affirmed that there was a lot of work that went into the planning, building, and preparation of the performance.

“My students and I began work on this production back in August,” she said. “We rehearsed 2-4 days a week. The actors loved researching the people they played and learning about their lives. My technical theatre classes made the props, painted our set pieces, and helped pull costumes from our storage. Our construction classes from the CCA made our worktables. The lights and sound were completely run by students too! It really was a team effort from the start.”

The cast and crew also competed in the 2021 One Act Competition this past Saturday, October 30, in Carrollton, Ga. where they came in second in the region! Tyson said that during the competition, students were given 55 minutes to set up, perform, and strike their set. They competed against seven other schools during the competition.

As the students presented Tyson with flowers upon the end of the performance, she couldn’t help but feel a bit teary-eyed and extremely proud of her students.

“Proud just doesn’t seem to cut it,” she expressed. “These kids are the reason I went into theatre. I grew up as a theatre kid and I look back and think about all the wonderful theatre educators that had a hand in what I can now give to them. You pour so much of yourself into your students as a teacher and to see it reflected back in such a palpable way is the best gift in the world.” 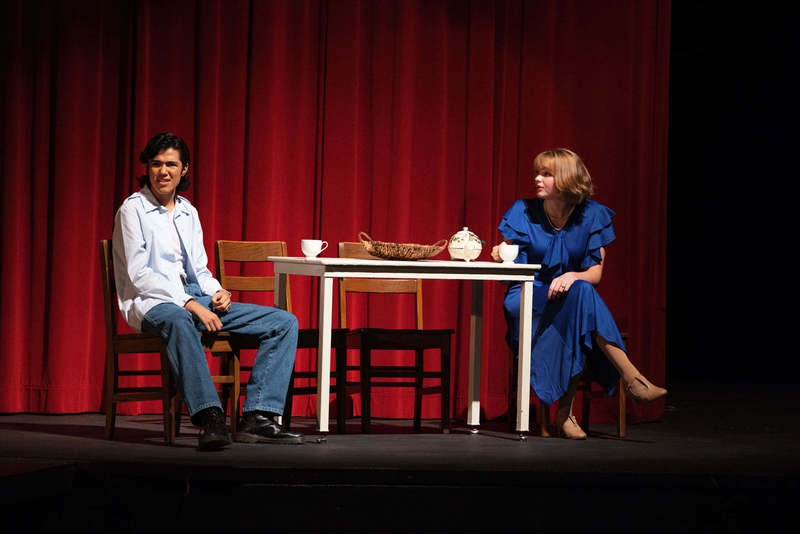